“I learned to think”

Found Jesus after 10 years of searching

The man who followed God’s voice 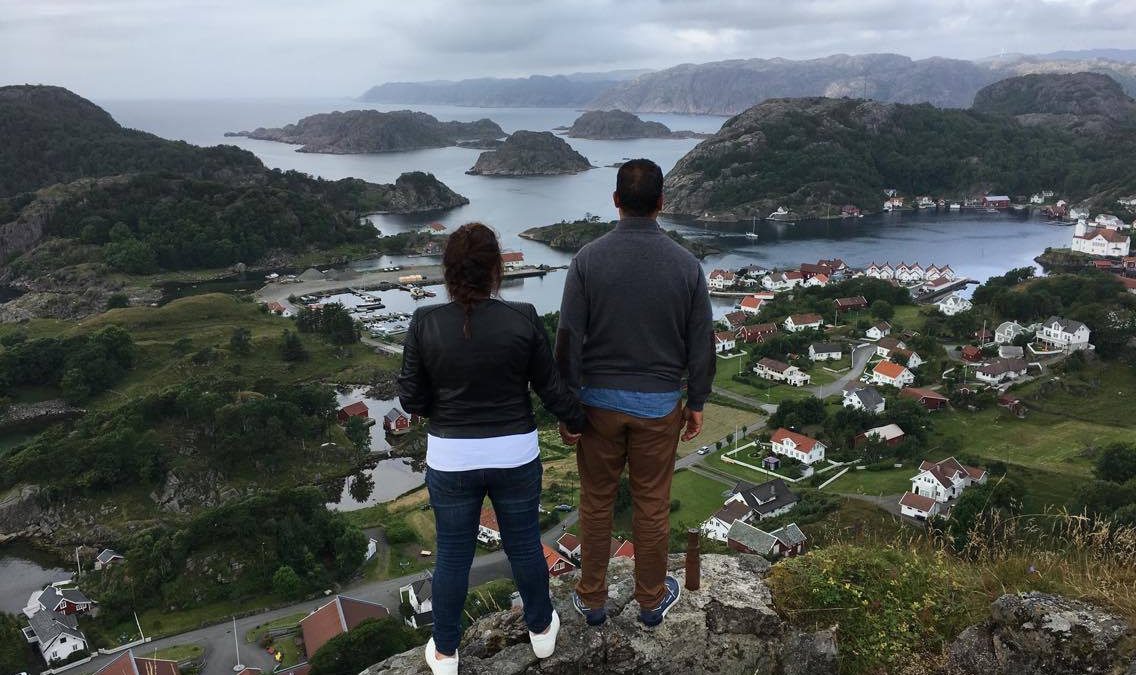 One day Fayez picked up a random book. Today his home is a secret center for church planting and discipleship in the Muslim world.

-I faithfully prayed the prayers I had learned as a Muslim when I was a child, but suddenly I started feeling a void within me, Fayez admits.

-So I started reading even more in the Koran and doing even more good deeds, in the hope that I would discover what was lacking.
But the harder he tried, the more he felt that something was lacking in his life.

Coinciding the Fayez’s spiritual pursuit, his brother who lives next door, got some visitors from Europe. One day when Fayez was in their guest room, he noticed a book on their night table.

-I opened the book and started reading, not realizing it was a Bible. I couldn’t stay away from it, and two days later I returned and randomly opened it to Matthew 24, where it talked about the right way. Then all the puzzle pieces fell into place, and I understood what was lacking in my life.

It was the summer of 1991, and the same year Fayez became a follower of Jesus. He kept discovering new treasures along this new path that would keep impacting his life.

-The other time I heard this voice was in 1992. It said, “Prepare a message; you will be speaking this Sunday”. I did not know that the Holy Spirit could talk to us. I asked the pastor of our church if I could speak on the coming Sunday, but he said no, the meetings were scheduled a month in advance. But 15 minutes later he called and said the speaker had cancelled, was I still available?

I 1995 Fayez heard the voice for the third time. It said, “I want you to go into full-time ministry.”

-Since that time, I have been in full-time ministry, he says.

Then one day he felt reminded that it was time to get a wife.

– I has no desire to get married, as I thought I was too busy in my ministry, but God kept sending people who kept confirming that I had heard correctly. Then I told God that I have no time to go out and find a wife, you will have to bring her to me.

But Fayez was very surprised when he realized the woman God had in mind for him was already a partner in his ministry.

-I slowly but surely fell in love with my future wife, but she didn’t want to have me, he laughs.
His wife Aisha smiles affectionately.

– He had to propose 13 times to me before I finally accepted.

At the age of 13 Aisha had been forced into an arranged marriage by her stepmother to a much older man. He was abusive, but when she escaped home to her parents, they sent her back to him. She then ran away and started life on the streets. After a while, she got a daughter with a drug addict. One time when she sought help from her sister, she was accused of stealing a large sum of money, and the police came to arrest her. She was soon sentenced to a jail term. In this process, she came in contact with a pastor, who kindly offered to look after her daughter while she was serving her sentence. This pastor was Fayez. While imprisoned, she came in contact with other believers that would lead her to Jesus. After she was released from prison, she started a ministry to help challenged women and children, particularly women who had been in jail and had nowhere to go.

-Several years had passed since my release from jail, but I was too afraid to accept Fayez’s proposal because of my bad experience with men.
But Fayez did not give up.

-After six months I said to God that if this was His plan for me, He must let marriage be a new and good experience for me, and not like the first time. And one evening when I was in prayer, I felt a confirmation in my spirit that it was safe for me to say yes, says Aisha.
It is clear that there is love in the home of this couple. Their house has become an oasis for new believers and a center for church growth and discipleship. Aisha has not forgotten her encounter with the downtrodden and homeless, and her ministry providing shelter while teaching women employable work skills is flourishing.

-We also planted 28 house churches with more than 500 members in North Africa. But because of some months of intense persecution from the government, all 28 shut down, and the church members had to flee. Now we have planted 13 new ones.

Miracle Channel is an Arabic satellite channel that reports the stories of new believers in the Arab world. More than 400 million viewers can watch the channel, and each year thousands of viewers contact Miracle with questions about the Christian faith. If you think that it is crucial that people in North Africa and the Middle East get a chance to hear the gospel this Christmas, please support this ministry with a gift today.