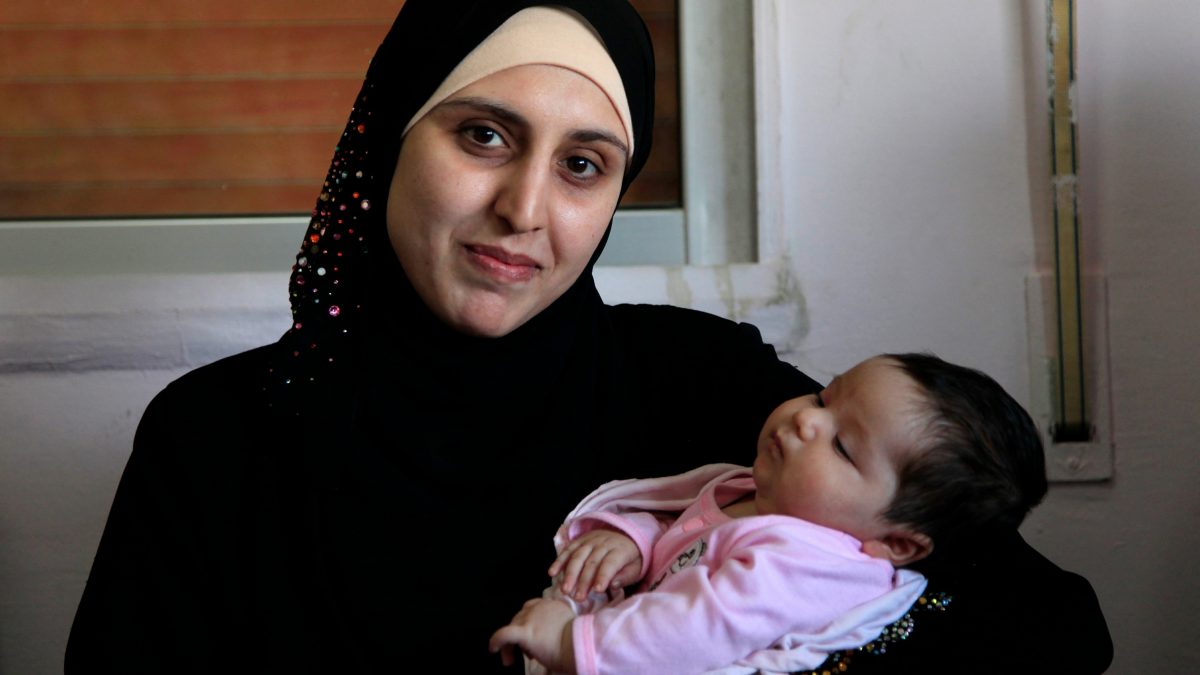 Syrian women are reaching out for prayer in the middle of horrific war tragedies.

Describing the horrors of war and her constant feeling of crippling fear and anxiety, a Syrian woman from the city of Al-Kameshly called Miracle Connect for prayer. A few days later she called back and said that she was starting to feel a divine protection over her life. She also started watching Miracle Connect’s program, “God hears our prayer», to get equipped with what she called “the spiritual sword” of prayer. Then one day she called after some particularly terrifying moments. There had been three major explosions in her city, and a young Christian man that she mentions by name was killed by ISIS. In the phone calls, she also had questions about the Bible and some of its teachings.

The next time she called, she said that she had seen a vision. In the vision, Jesus placed a Bible in her hands while he said: “Take care of your eternal life”.

-That day I gave my life to Christ, she says.

-Now she calls us to tell us what she prays for. She is even praying for Miracle Connect’s broadcasts  as well as TV- viewers who call in for prayer, reports Miracle Connects follow-up office.

Syria is one of the 22 countries in North Africa and the Middle East that can watch Miracle Connect’s 24-hour satellite broadcasts. TV-viewers from countries in this region call the channel’s follow-up office with questions about the Christian faith and requests for prayer. Most of these viewers have little prior knowledge of Jesus but are inspired by the faith-based stories and teachings that they watch on the channel.

Lost their daughter
Another Syrian mother called from the war zone in Syria to ask for prayer for her family. Heartbroken with grief, she said that her four-month-old daughter had just died.

Now she and her husband and their other three children were forced to seek refuge in another part of Syria, which increased her stress and fear. This mother keeps calling our follow-up office regularly for prayer.

–My one source of daily comfort and strength is watching Miracle Connect. Watching your programs help me trust God and that He is close, even when life is difficult, she says.

Jesus replaces fear with peace
Another woman called us from an ISIS-controlled area in Syria. Living in the Kafaria region, she asked for prayer for the two cities of Kafaria and Al-Fouaa. These cities are experiencing severe famine as a result of the war and a siege keeping aid from being delivered to these cities. She also called for prayer during the terror-filled moments of an air strike that killed several civilians.

Miracle Connect was also able to pray for protection for her and her family after ISIS planted explosives close to her house. Now she says that she has started telling other people in her neighborhood about the peace she gets from praying to Jesus.

–Through our prayers I have felt that Jesus gives me a feeling of peace that is gradually replacing the constant fear and anxiety I had, she says.

Miracle Connect is increasingly hearing from people living in war zones who are desperate for hope, even if that hope is only a prayer that can get them to the next day.

Miracle Connect broadcasts the gospel 24 hours a day to the Arab world over NileSat. This means that for people in countries such as Saudi Arabia, Yemen, Syria and Egypt, the gospel is just a click away on the remote control. Through social media we are also connecting and interacting with thousands of Arab speaking viewers around the world. If you think it is important to give Arab people a chance to hear the life-changing message of Jesus Christ, please support this ministry with a gift today.