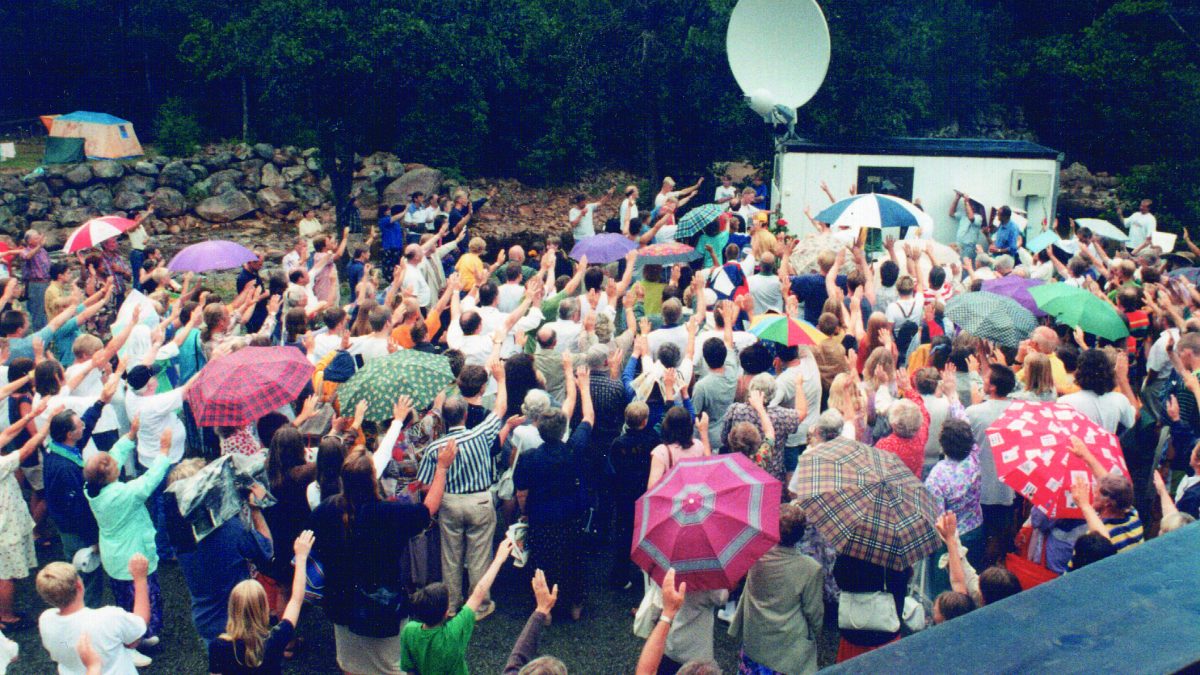 After 20 years on air, Miracle Connect hears from Arab television viewers who are coming to faith in Christ every single day.

“I’m so eager to ask you some questions after I saw your television program. It was the first time I ever felt a TV- program communicated with me. I am really wondering who Jesus Christ is, where did he get his teaching from and how could he perform miracles?”

Soon after launching the Miracle channel in 1997, viewer responses like the one above showed that Miracle was connecting with its viewers across the Middle East and North Africa. Something very unusual and profound was taking place. For the first time it was possible to interact with Arabs in the privacy of their homes and measure their response to a message so forbidden and secret it had been hidden from them for 1400 years.

After broadcasting the gospel to the Arab world for 20 years, Miracle Connect has discovered a surprising fact. Contrary to the often perceived notion that this is the least rewarding part of the world toto share the gospel, there are hungry hearts and minds in the most unlikely places. We have received testimonies of women meeting in a mosque to secretly study the bible , terrified war victims in Syria finding hope and peace and secret fellowships blossoming after families become believers.

Despite the reality of extreme persecution and loss of life’s most valued possessions, such as family and work, vast numbers of Arabs are taking the risk and coming to Christ in unprecedented numbers. A global census from 2015 concludes that at least 10 million Muslims have come to Christ in the House of Islam the last couple of decades.

Into this harvest, God has added labourers and tools from the most unlikely places on earth. People and places that are separated from the Arab world by geography, culture and ethnicity. And into this beautiful blend of passionate hearts, a stunning miracle is unfolding.

Peace be upon you all. My nationality is Tunisian. I come to you while I am in despair and bad need for someone to heal my feelings. I heard from some persons about Jesus Christ and his healing heart. I used to follow my desires and instincts, and that made me broken hearted. Please answer my questions about: Who is Christ? What is life? How can Jesus solve my problems and make me a new creation?

And this is where the story of Miracle Connect begins.

In a small village in Norway, known for its Viking roots and adventurous people, God placed a strong calling on a well-known Norwegian evangelist. In 1978 he had a vision of satellites in the sky broadcasting the gospel simultaneously in several languages. Already the founder of an international mission organization, he started to prepare for the future. Exactly 20 years later, when European satellites started providing airtime for private channels, his mission launched Miracle Channel. At first the channel only broadcast a few hours a week. But the response from viewers in North Africa and the Middle East kept coming, confirming that people were watching and impacted by the programs. Arabs who had never heard the gospel in their entire life told stories of how they had started following  Jesus after watching the television programs.

Soon the channel increased to six hours a day, then 12 hours, and in 2006, 24 hours a day. And when YouTube channels and live streaming through the internet was introduced, Miracle heard from Arabs who had migrated to countries around the globe, from Sweden to Australia, Asia, Russia, the US and Canada. And the new believers were joining immigrant fellowships in central cities.

Today Miracle has taken its vision one step further. After introducing the viewers to the gospel, it now offers extensive discipleship programs and mentoring, while planting local fellowships across the MENA region.

The channel is now transitioning to become its own entity, independent of the late Dr. Edvarden’s international mission organization. His passion was always to help equip national believers across the world to build and sustain their own work. After 20 years on air, the channel is staffed by professional North African believers who share the vision to reach the MENA region with the gospel of Jesus Christ.

Fahad from Saudi Arabia:
I am very happy for my friendship with you. I like all your programs. When I first started calling you, I was hesitant because the world I live in, everyone loves only himself. But I decided to try to call you in spite of my hesitancy. It was a surprise to me that I found people that were so concerned to help me. I was surprised at how they accepted me in spite of the differences. After a while of calling you, and through your help to me, I decided to write you this sentence: “You are like a candle that burns to light the way for others.

In 2016, Miracle was able to pray for salvation with well over 6000 Arab viewers. The channel communicated directly with over 40 thousand viewers and more than a thousand immersed themselves in the discipleship training program.

This summer, several of the new believers who have taken the discipleship training program did team outreaches in the MENA region and beyond.

These 20 years would not have been possible without our partners who have faithfully prayed and supported us. Like the boy with the five loaves and two fish in the Bible who fed 5000, we have seen time and time again how the donations from our partners have been blessed beyond all natural measures.

Right now we are encountering a new opportunity in the MENA region into a country that has no official churches or public believers. Please stand with us in prayer as we pursue this opportunity through God’s grace.  Please join us also in prayer for the open hearts behind the desert veil that are desperately seeking the truth about God.  By making a donation to Miracle Connect today, you can be their answer to prayer.  Through our secure PayPal service you can now choose between a one-time gift or a regular, monthly donation.