Live broadcast with Muslims and Christians a big hit 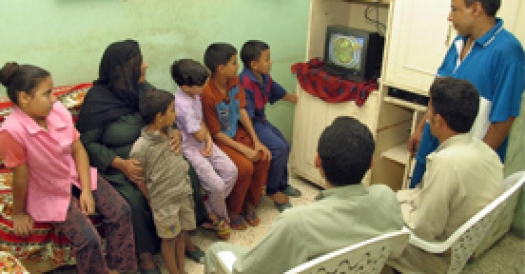 The live broadcast last Thursday with both Muslims and Christians pioneered new ground as an interactive audience across three continents watched and commented the program live.

– This is the first time we have Muslims and Christians in the same program, so we are breaking new ground with this program that is appropriately called ”The Change”, says the CEO of Miracle Channel.

The program will be a regular feature every Thursday on Miracle Channel. It is broadcast live from a city in the Middle East simultaneously on three satellites and can be watched all across North Africa, the Gulf, the Middle East, Europe, Canada and the United States.

The program is a direct result of what is happening in Arab countries today. The participants talk about current news and what is needed to make positive changes to society at large.

– I know this was exactly the kind of program the late Dr. Aril Edvardsen, the founder of our channel, dreamed about. He was an international evangelist known for his large gospel meetings and peace and harmony conferences in the Muslim world. This program is not about mixing faiths or angry confrontations, but an opportunity to to share openly in a friendly manner real concerns, both for Muslims and Christians.  We talk about what is necessary for a community to prosper, such as freedom of choice, respect for each others needs, work, education, equal opportunity and how to find peaceful ways to resolve our differences, says the CEO.

The first program in this series that aired last Thursday talked about acceptance between Muslims and Christians, the program airing tonight will talk about building trust.

– We see that many of the secular Arab channels don’t want to raise these issues now, but we believe this is the time to do so. We want to focus on biblical principles and values such as mutual respect, justice and equal opportunity. The Arab world is divided and at a tipping point, half of them want sharia law and the other half wants to separate religion and state. The stance we take and what we say at this time is very important. And I believe that long term it will also open more hearts and minds for the good news of Jesus Christ in the Arab world, believes the CEO.